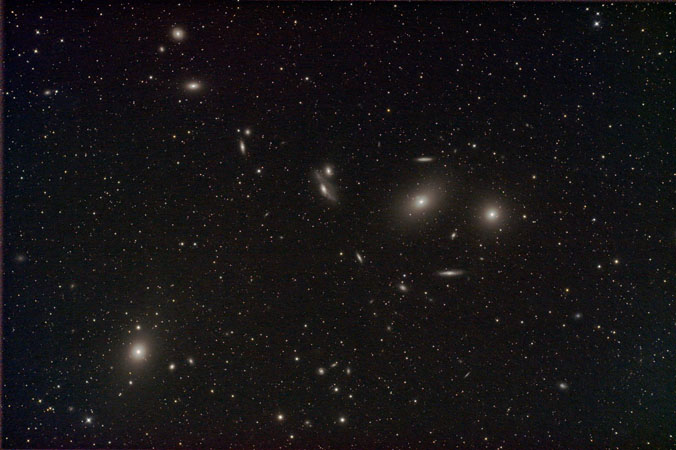 Here comes the probably most famous aggregation of star islands visible to even moderately sized telescopes - the Virgo cluster. Charles Messier discovered a couple of members back in the 18th century when he established his catalogue of comet-like nebulosities. He correctly assumed that this aggregation of nebulae belongs together but was unable, of course, to identify them correctly as extragalactic objects, which was not possible until the first stars were identified in the great Andromeda galaxy more than 100 years later.

Some of the brighter galaxies line up from the center right to the upper left. This arrangement is also known as "Makarian's chain". I added up the exposures from a total of three hours to bring up faint background galaxies in the range of well beyond 18mag.

back to astrophotography page
back to gallery